“Philanthropy is important to my life as it provides a sense of purpose and connection. We often hear about the joy from the receiver’s perspective. In reality the giver is the one who receives the joy of philanthropy. To me, philanthropy is about spending time, not money. It has helped me develop, overcome challenges and become self-aware. The reward of philanthropy is the opportunity to share in collective vibration with the community.”

Steve Rowles and Adam Snelling understand the impacts of mental health – in the workplace, on relationships and the trickle effect. They decided to hold a stampede event to raise funds and awareness for Calgary Counselling Centre (CCC) in 2019. The event had a positive impact and they were able to raise $2,150 to support 43 counselling sessions. Knowing how hard it is for men in particular to reach out for help when they are struggling, they knew they wanted to do more and make a bigger lasting impact to support men’s mental health in the Calgary community. They reached out to their network of colleagues, family and friends, as well as the broader community, to gather a group for an online fundraising challenge to raise funds and awareness for men’s mental health. In no time, this grew to include more teams to join the challenge, and the “Mindful Men – Changing the Stigma” group began.

Bringing together their own networks; from financial to the restaurant industry, as well as family and friends they were able to successfully launch a month-long online fundraising campaign for men’s mental health that included a kickoff event during Super bowl. For the rest of February, they continued to work hard at soliciting more donations while also spreading awareness.

The funds raised during the month-long challenge had a significant impact on vulnerable men in Calgary who otherwise would not be able to afford counselling. Raising almost $15,000, both making significant donations themselves, provided approximately 300 counselling sessions. Their ability to share their passionate about men’s mental health brought in 96 new donors to the Centre who might not have otherwise been aware of our programs and services or how they could make an impact.

They both understand the importance of motivating and recruiting others for their initiative, but more importantly, to open conversations for men to talk about their own challenges and struggles. The men’s mental health initiative motivated five other people to join as team captains of their own fundraising teams who led their own fundraising and to share their personal stories within their larger networks. A total of 96 new donors gave to CCC through Steve and Adam and the other captains’ campaign.

This quickly transformed into more than just a third-party fundraising event as a longer lasting relationship and other opportunities began to form. Like many, both Steve and Adam’s work has been impacted by the unprecedented COVID-10 global pandemic. As people began to frantically purchase hand sanitizer and stores ran out, Last Best with Adam pivoted their business from serving food and drinks, to producing and distributing hand sanitizer, at no cost, throughout our community to essential workers, businesses and anyone who needed it. This has continued to engage the Last Best staff team in supporting the community, and they have remarked that to them, “Last Best is more than just a job, it can be a lighthouse in times of darkness”. The workplace culture that Adam has created and is modelling is establishing a healthy positive environment for his team during COVID and beyond.

Steve has used some of the downtime from the pandemic to reach out to his network to check on their mental health as he knows how important it is to do so, and that it can make a real difference in someone’s life. He is also very busy continuing to plan additional expanded activities to support even more men’s mental health in southern Alberta in 2021 as well as launching a community bike pub crawl for Two Wheel View. 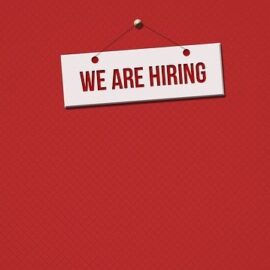