Time to get away!  Take a break and travel to 3 continents… in the World of Philanthropy

Time to get away!  Take a break and travel to 3 continents… and see how 3 women, are changing their worlds, through Philanthropy.

As we approach the Canada Day holiday and an exceptional heat wave, we offer you a virtual tour around the World of Philanthropy.  Zoom, for all its pluses and minuses, has opened the world to all of us in ways we have not explored before. Taking COMPASS: By the Stars to the virtual environment allowed us to look at Philanthropy with a global lens. We all know the power of philanthropy lies in stories. I urge you to take a beverage break and watch the interviews conducted by our own Tony Myers with three women in far-flung locations as they tell you their stories. They will tell you why our work is critical, that the work we do is more powerful than we realize, and how we are changemakers.

Olya Kudinenko from Kiev, Ukraine who is raising funds for her foundation – Tabletochki. She started by providing pills for children with cancer; now at 34 years of age, she has committed her life’s work to building a children’s hospital for cancer treatment. In the Ukraine, the survival rate for children with cancer is at best, 50% – compared to North America’s 80%+ survival rate. Olya raised US$4M last year – none of it through major gifts. Hers is the largest foundation in the Ukraine. Her passion that began as a volunteer culminates in her quest for the dignity of sick children and their families.

Sarah Scarth from Cape Town, South Africa is with the Resource Alliance. She is, in her own words, building a global alliance that is fighting for positive change in Africa, by equipping organisations with the knowledge and funds to accelerate social impact. She too began by volunteering, and then realized that the work of fundraising is critical.  Every day she is inspired and seeks to inspire others in the stories that lead to a brighter future for South Africa and beyond.

And finally, we meet Mariana Chammas in San Paulo, Brazil, who has a story that we in Canada can relate to. Her work with “sociaoambiental” in English, Social Environmental Institute is raising funds to protect the indigenous peoples of Brazil who in turn protect the environment. It is a symbiotic relationship. Marianna raises US$10M annually working quite simply, for humanity.

As you take some time to listen to these three extraordinary women, watch for these four things:

Tony Myers, to quote our emcee Karen Diamond Johnson, is a man filled with gratitude. His pedigree speaks to the diversity of his career – LLB, MA, CFRE, PhD.

Tony, with colleague Guy Mallabone,  researched philanthropy in non-English speaking locations in 5 continents . He researched China, India, Europe, South America and Africa. What did he discover? First, that the process of major gift fundraising is universal. Though the process is the same, what is different is the culture. “I used to think process was everything” claims Tony. “Now I know that culture is everything”. Take for example, Central and Eastern Europe. After the Berlin Wall fell in 1989, communism broke open. The challenge of fundraising in those countries was how to build trust where trust is broken as a result of two world wars and all the repercussions associated with them. In North America, we assume our donated dollars will go to good work. That the money will be spent on the mission of the organizations. That belief is not universal.  For example there are countries in Central or Eastern Europe where governments promote an anti-NGO sentiment. Creating a civil society calls for freedoms and activities that have been contrary to their governments. As we become a more multicultural country, there is a greater need to build multi-cultural teams. The role of culture and cultural norms becomes vital. People bring their cultural norms with them to the countries where they emigrate. As our society starts to blend we hope to become a more tolerant society. We must understand, appreciate and respect new emerging cultures and norms.

What impresses Tony about these women he interviewed is twofold. He sees their courage, and he notes that in Canada we have privilege. These women face incredible odds in fundraising in their countries. They have few of the privileges or fortune that we have here. “It makes me impatient, in my efforts to enhance philanthropy as a global norm.  But I am not discouraged” Tony notes.

“When I see the incredible work being done by these 3 women, when I witness their courage and see how driven and determined they are, I can only feel optimistic about the next generation of fundraisers and their ability to further the cause of philanthropy around the world”.

Compass: By the Stars World of Philanthropy with Tony Meyers
Views: 223 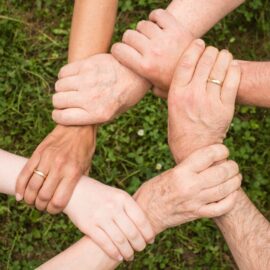 Compass: By the Stars Wrap Up

29 June 2021 afpcalgary Comments Off on Compass: By the Stars Wrap Up 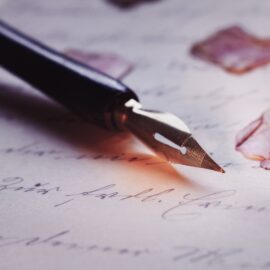